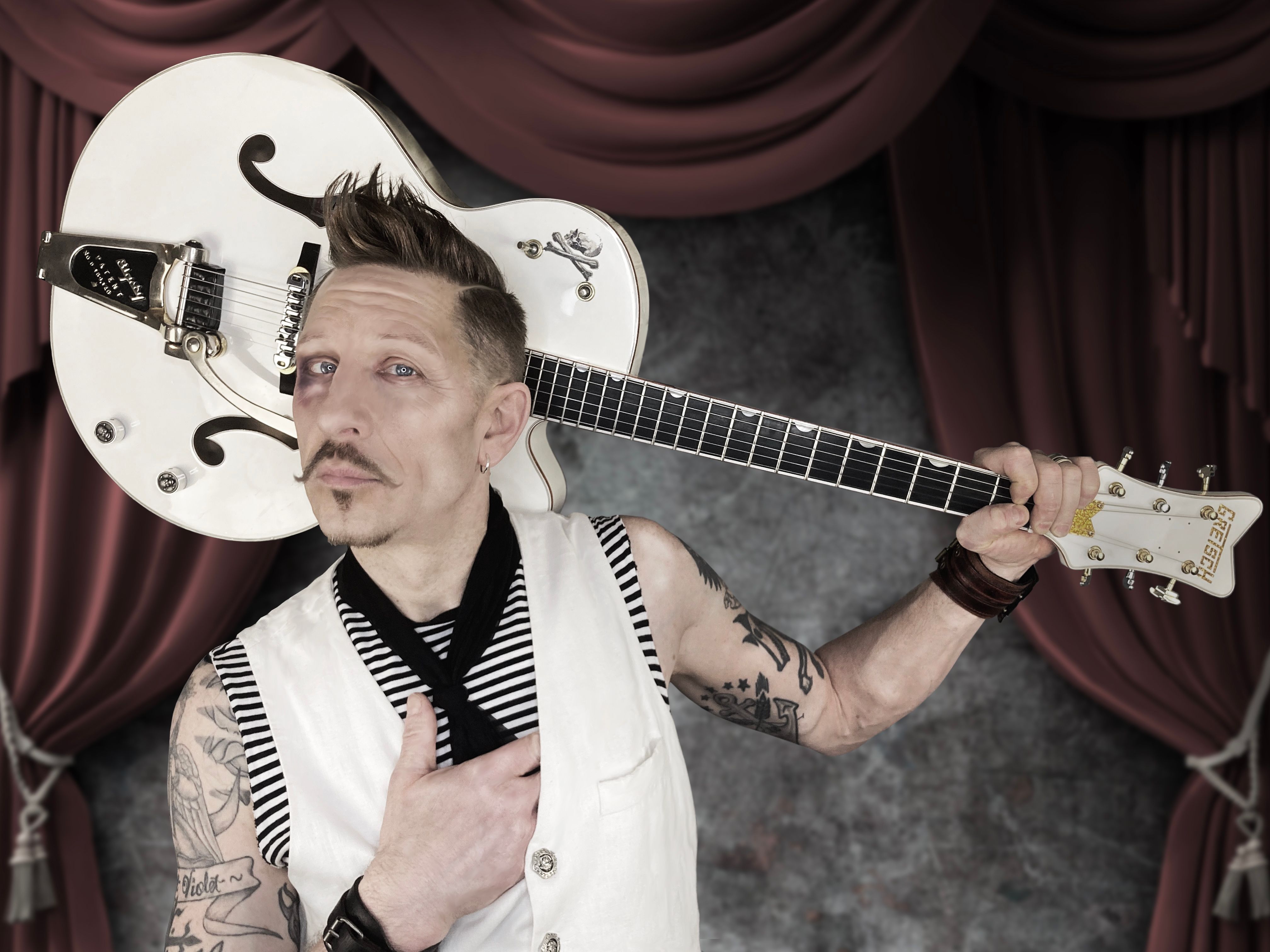 "... a must have act when looking to excite your audience..."  South Country Fair

“...one of the most memorable ways to end BVJ in the past 10 years..."  Big Valley Jamboree

“The goal of Punch Drunk Cabaret is to make every show an event”, declares founding frontman, Randal X Bailer. “And for that to happen, the audience has to be part of the show.” Which explains why every performance is peppered with spirited sing-a-longs and invites to turn the isles into dance floors. The result has been an ever-growing following that not only reflects the band’s stylish fashion sense, but is willing to drive hours to take part in the show. It’s that dedication to showmanship that’s secured Punch Drunk Cabaret many a festival mainstage appearance, often closing out the night due to the unmatched energy of their live set.

Although considering themselves a “live act first”, Punch Drunk Cabaret has steadily been accumulating awards and nominations for their recordings and music videos. They are the first-ever Alberta act to win both an Edmonton and Calgary Music Award. Even amidst the pandemic shutdown of live events, the band still managed to clinch a pair of international awards for Best Soundtrack following their contributions to the indie flick, Boneyard Racers.

With the hope of making a memorable return to the stage in late 2021, Bailer created the “Rock & Roll Burlesque Show” which combined Punch Drunk Cabaret’s energy with the seductive charm of a burlesque troupe, resulting in a run of sold out theatre and casino dates.

All Folked Up (Montmarte, SK)

Party in the Park (Whitecourt)

Icons & Upstarts Tour (with Jay Semko of the Northern Pikes)

University of Alberta Week of Welcome (with July Talk)

Kamloops Music in the Park

The Station on Jasper (Edmonton)

On The Rocks (Edmonton)